China was a dominant force in the East Asian world. As a result, China had a significant impact on its neighbors. While having strong cultural traditions of their own, its neighbors Japan, Korea, and Vietnam adopted various Chinese cultural traditions. In the case of independent Korea and Japan, this adoption was primarily voluntary. Under the direct control of China for nearly 1000 years, Vietnam experienced more forced adoption of certain Chinese cultural elements.

The Background of Early Japan

For much of its early history, Japan remained isolated from the rest of East Asia. It developed a feudal system in which feudal lords gained power and wealth by owning vast expanses of land on which peasants and serfs cultivated rice. This feudal system was similar to Europe during the middle-ages (600 – 1300).

While Japan had an emperor, for much of Japanese history, emperors held little actual power. Real power rested with Japan’s powerful feudal lords. In the 7th century, unnerved by rising Chinese power, Prince Shotoku (574-622) embarked on a series of reforms to voluntarily adopt certain Chinese practices to strengthen the state and remove power from Japanese feudal lords.

The Background of Early Korea

Korea’s proximity to China led to significant interaction between the two neighbors. China had attempted to conquer and subdue Korea on several occasions– most attempts failed. During the Chinese Tang dynasty (618 – 907), the powerful Korean kingdom of Silla agreed to become a tributary state of China and perform the ritual kowtow before the emperor. This tributary relationship increased the diffusion of Chinese culture in Korea.

The Background of Early Vietnam

Vietnam had a much more adversarial relationship with China. For most of the period from 111 B.C.E. to 938 C.E., the Chinese occupied and controlled large portions of Vietnam. The Han dynasty (206 B.C.E. – 206 C.E.) was the first to enter Vietnam. During the first few hundred years of occupation, many Chinese refugees and migrants moved into Vietnamese territory. Large portions of land were taken from Vietnamese nobles and given to newly settled Chinese immigrants. These migrants and the Chinese government, military officials, Confucian scholars, and traders that came with Chinese colonization introduced Chinese culture to Vietnam. However, despite the significant pressure of Chinese culture on Vietnam, the Vietnamese resisted outright cultural domination.

What Was China's Political Impact on East Asia?

China was the dominant political force in East Asia for much of early history.  Many of China’s neighbors adopted Chinese government practices. Many South and East Asian states joined China’s tribute system.

In the late 6th and early 7th centuries, Japan began to adopt a series of government reforms to increase the Japanese government’s power and efficiency.

Why did Chinese-style governing reforms fail in Japan?

During the early Heian period in Japan (794-1195), the powerful Fujiwara family managed to control the Japanese imperial throne and limit Japan’s numerous regional lords’ power. This limiting of feudal power allowed Chinese reforms to prosper. However, in the 10th and 11th centuries, Japan’s centralized control began to weaken and break down.

Reasons the Japanese centralized bureaucracy began to break down

As a result of these factors, Japanese society became less stable, and the power of the Fujiwara family weakened. Regional military leaders and nobles again began to gain at the expense of the central government.

The Genpei War broke out between 1180–1185 and ended with a military leader, the Shogun, given the power to collect taxes. If you control the money, you control society.

The emperor was again effectively powerless and reduced to a ceremonial figurehead (no real political power). Japan slipped back into another 650 years of feudalism. Centralized and bureaucratic government power ended as local feudal nobility controlled their local regions within Japan and remained weekly loyal to the Shogun.

Video: Prince Shotoku and His Reforms

Korea grew up in the shadow of its powerful neighbor China. Despite periodic attempts to control its smaller neighbor, various Korean dynasties managed to retain their independence from China. Although, they did pay necessary tribute to China.

Like China’s other neighbors, Korea reformed its government in the Chinese form.

What differences were there between Chinese and Korean government systems?

The Korean nobility had much more power than the nobility in China. As a result, Korean elites, looking to protect their privilege, resisted many attempted reforms to the Korean state. This resistance prevented the Korean examination system from being open to non-noble applicants like its Chinese counterpart. As a result, the nobility retained its control over the government bureaucracy and limited non-nobles from rising in power and status.

Which Chinese governing systems did Vietnam have forced upon them?

The Vietnamese government after independence

When the Tang dynasty (618 – 907) weakened, the Vietnamese loosened China’s grip over their government and territory. By the 10th century, Vietnam had gained its independence. However, it remained a tributary state to China.

The independent Vietnamese states retained many of the administrative practices that the Chinese had introduced. Local rulers also adopted the idea of the Mandate of Heaven.

The following were the Chinese governing practices that were commonly adopted in Japan, Korea, and Vietnam.

What Was China's Cultural Impact on East Asia?

The following were the Chinese cultural practices that were commonly adopted in Japan, Korea, and Vietnam.

Chinese architectural styles diffused widely across East Asia. Pagoda architecture, which originally came to China from India, is one example. Move the slider below to view the Fogong pagoda in Shanxi, China, and the Horyu-ji pagoda in Ikaruga, Japan. 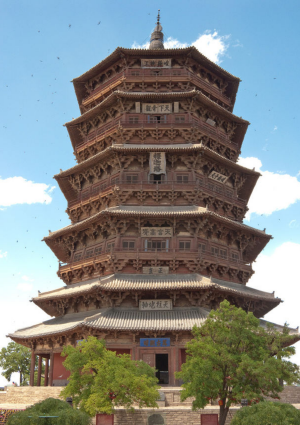 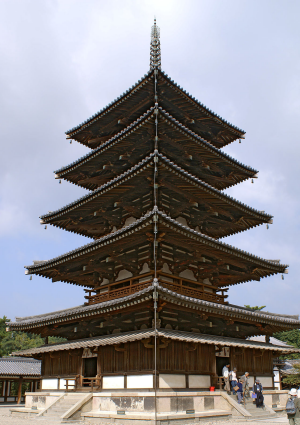 Video: The Lives of Japanese Commoners (Mostly Agricultural Peasants)
Much of history is from the perspective of elites, which represent very few people in any society. This is especially true of early history. However, the lives of the common people was very different. This video explains the lives of commoners in Feudal Japan.

What Was China's Impact on East Asian women?

With China’s imposing cultural presence in the East Asia region, Confucian patriarchy placed pressure on women’s rights and status within China’s neighbors’ societies. While women were not equal to men in either Japan, Korea, or Vietnam, they traditionally held more social rights and status than women did in China. The effect of Chinese culture on women in these societies was not uniform. In Korea, women experienced restrictions that rivaled even the restrictions placed on women in China, while in Japan and Vietnam, women escaped the most repressive features of Confucian patriarchy.

After the 12th-century, women in Japan did begin to lose status. This change had more to do with the reemergence of Japanese feudalism than Japan’s relationship with China.

Video: The Lives of Elite Women in Heian Period Japan.

As a result of Confucian patriarchy entering Korean culture, women saw a substantial decrease in their social status.

Like their Japanese counterparts, women in Vietnam retained a higher degree of freedom than women in Korea. It remained common for women to choose their husbands. Married couples also sometimes continued to live with the wife’s family. Traditional Vietnamese religion consisted of various female goddesses. After Buddhism’s adoption, traditional female goddesses retained their importance, and Vietnamese Buddhism adopted a female avatar of Buddha.

4.7.M: Changing Social Hierarchies
Unit 5: Revolutions
5.1A The Enlightenment
5.2C Nationalism
5.1B The Enlightenment and Movements of Liberation
5.2C Nationalism and Revolution
5.3D The Industrial Revolution Begins
5.4E Industrialization Spreads
5.5F Technology of the Industrial Age
5.6G: The Governments Role in Industrialization
5.7H: Economic Innovations and Developments in the Industrial Age
5.8I: Communism and Unionization
5.8I: Reforms and modernization in Japan, China, and the Ottoman Empire
Unit 6: Consequences of Industrialization
6.1A: Rationales for Imperialism
6.2B: State Expansion from 1750 to 1900
6.2B: Japanese, Russian, and American Imperialism
6.3C: Indigenous Responses to State Expansion
6.4D: Global Economic Developments from 1750 to 1900