Over thousands of years, China has developed a rich tradition of cultural beliefs. Confucianism, Taoism, and Buddhism referred to as “the three teachings,” are the three belief systems that have had the most significant impact on China’s development.

Confucianism: The Guiding Philosophy of China

Confucian beliefs were the most important belief system in China. They affected everything from gender relationships to social status.

Confucianism is a collection of ideas attributed to Confucius, who lived during the fifth century. Confucianism seeks to explain the best way to structure society to achieve social harmony.

Understanding Confucian beliefs and how those beliefs impacted China is a must-know for the AP exam.

Confucius emphasized the importance of filial piety. To be “filial” meant to respect those above them in the social order, especially parents. Below are the five primary (most important) social relationships:

Confucian beliefs influenced the traditional Chinese social system. Unlike in the modern world, wealth was not the most important factor in determining social status.

Emperors and empresses were the undisputed leaders of China, and the lesser elite groups recognized and rarely challenged their complete authority.

This group often had more wealth than most in traditional China, but they were not wealthier than the land-owning aristocracy. Their social status came from their knowledge of Confucian texts and jobs within the governing bureaucracy.

This group gained power and wealth from owning large pieces of land on which many peasant farmers worked.

While often some of the poorest in Chinese society, Confucianism considered these groups “productive” because they grew the food that fed China and produced the goods that China needed.

Merchants often had enormous wealth but a lower social status than agricultural peasants. This lack of social status resulted from the Confucian belief that merchants were unproductive because they did not make or create anything themselves but profited off the labor of others. However, because some merchants acquired great wealth and commerce created tax revenue, Chinese leaders often encouraged merchant activity.

A society where men hold all or nearly all power.

Many cultures throughout history have been patriarchal, including China. Confucianism always placed women in a subordinate position to men. Neo-Confucianism (new Confucianism) in the Song dynasty intensified patriarchy in China.

Foot binding: Foot binding was a powerful example of Chinese patriarchy increasing during the Song dynasty.

Some protections for women: Despite patriarchal restrictions, the Confucian belief was that women should be respected, despite their perceived inferiority to men. Women in the Song dynasty gained some basic rights that earlier women in China lacked:

While Confucianism focused on conforming to society, Taoism focused on escaping society and social expectations to find balance and inner peace.

Taoism is another of China’s major belief systems. Like Confucianism, Taoism is native to China.

Comparison to Confucian beliefs: This belief contrasts with the Confucian idea that social rules and expectations and individuals’ adherence to them are essential features of a harmonious society. Like Confucianism, Taoism started more as a philosophy than a religion. Though, over the years, some branches of Taoism have taken on religious elements.

Buddhism changed as it moved along Asian trade routes. Chinese Buddhists largely practiced Mahayana Buddhism, which was similar to Taoist beliefs that were already in China before the arrival of Buddhism.

Followers of the ideas of Siddhartha Gautama founded Buddhism in the late sixth century BCE. Buddhism emphasized the importance of ending suffering and breaking the cycle of reincarnation by achieving enlightenment. To help achieve those goals, Buddha outlined the middle path: finding balance in life by eliminating wants and desires to prevent excessive suffering.

Buddhism changed as it moved along trade networks

Followers of the ideas of Siddhartha Gautama founded Buddhism in the late sixth century BCE. Buddhism emphasized the importance of ending suffering and breaking the cycle of reincarnation by achieving enlightenment. To help achieve those goals, Buddha outlined the middle path: finding balance in life by eliminating wants and desires to prevent excessive suffering.

Buddhism is a significant historical commonality that connects southern, eastern, and southeastern regions of Asia. Understanding how Buddhism spread and its impacts in Asia is a must-know for the AP exam.

Buddhism changed as it moved along trade networks

Move the scroll bar below to see how two depictions of Buddha. Notice how the Theravada Buddha is depicted as skinny and gaunt as if he has been in meditation for weeks, while the Chinese Mahayana Buddha is much thicker and smiling. 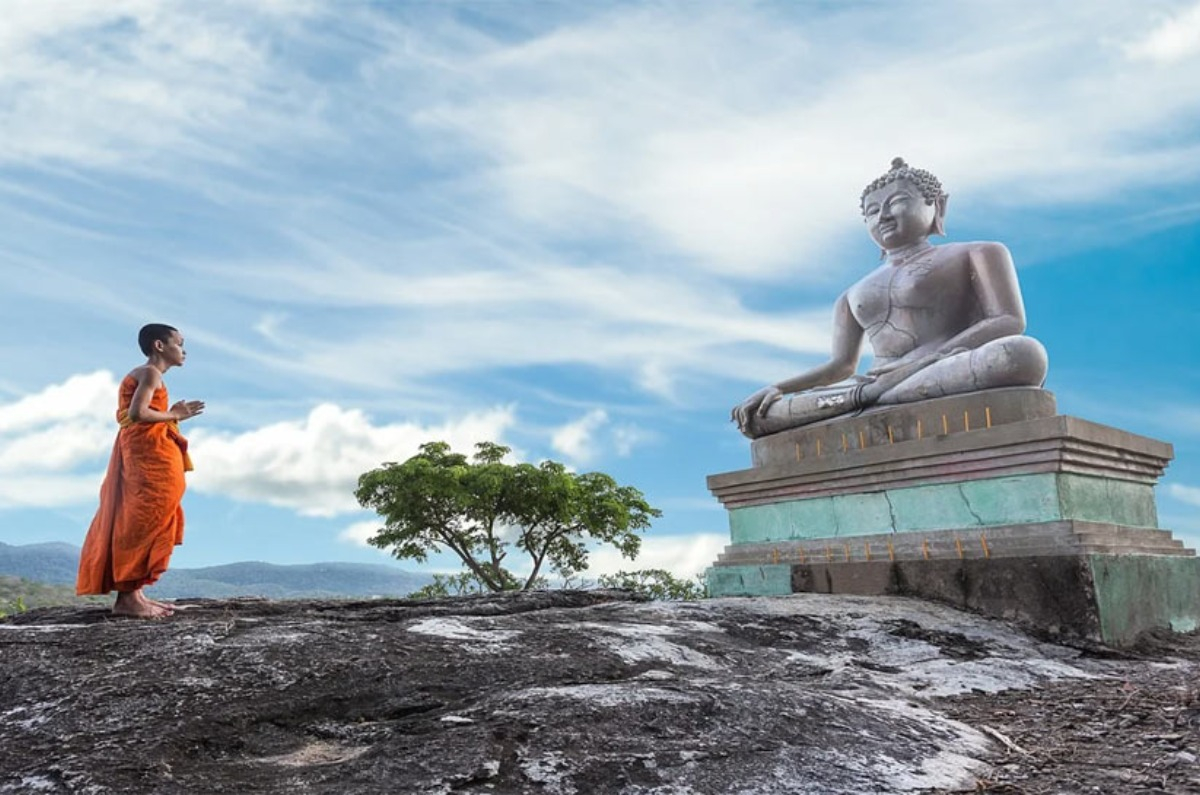 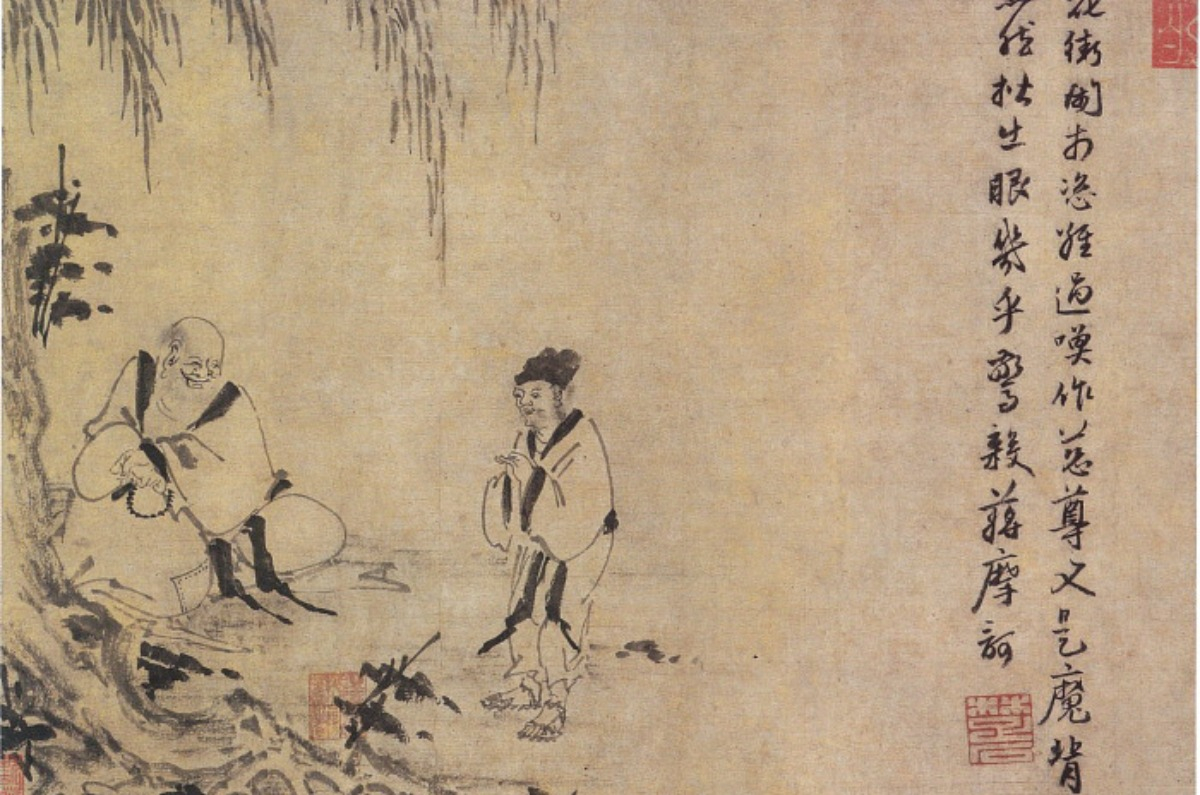 Some rejected Buddhism in China: As Buddhism became more popular in China, many Confucian scholars rejected Buddhist beliefs for being foreign and not Chinese. They argued that the Chinese government should not tolerate Buddhism. Some went as far as to advocate the outlawing of Buddhist practices.